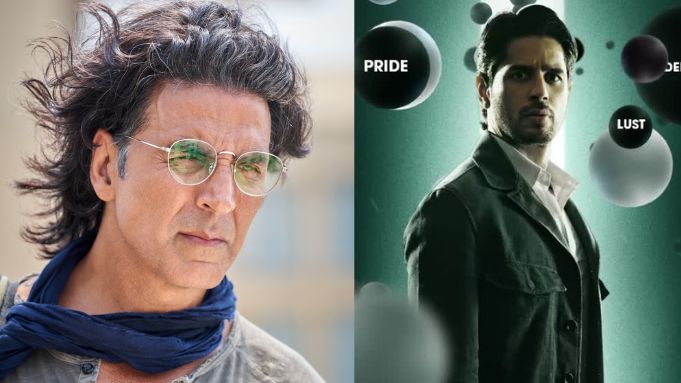 -Article starts below this advertisement-

For both the Diwali releases- Ram Setu and Thank God, things have turned out to be disappointing as their box office collections failed to meet expectations every single day. Considering it’s a Saturday, good jumps were expected, however, the results aren’t good. Let’s see how they fare on day 5.

If we take a look in the past, Diwali has been accommodating more than one big film. One of the best Diwali clashes for Bollywood has been Shah Rukh Khan’s Jab Tak Hai Jaan and Ajay Devgn’s Son Of Sardaar in 2012. Both films managed to hit 100 crores and emerged successful at the box office. Cut to now, after 10 years, the 100 crore mark is way outside the league for both films despite the star value.

-Article continues below this advertisement-

Coming back to the point, both Ram Setu and Thank God have shown some sort of growth, but that’s totally underwhelming. First let’s talk about the Akshay Kumar starrer. The film is earning 7.20-7.80 crores on its day 5. Compared to yesterday’s 6.05 crores, it’s definitely a jump but at least a number above 8.50 or 9 crores should have come considering the word-of-mouth has been decent. So, it’s a big shocker for Akshay and the team.

Tomorrow i.e. on Sunday, it’s very crucial day for Ram Setu as the film needs to hit the 10 crore mark anyhow to survive from Monday onwards. For Thank God, it’s already game over and the film will definitely go downhill. Looking at the current situation, both the films earning 100 crores combined would be something to celebrate as a feat as the Diwali has been a total disappointment for the box office.

(Note: These numbers are based on reports from morning, afternoon and evening shows. Early samples of night shows are taken into consideration and the actual figure might vary slightly as night shows are yet to end)

Kantara Worldwide Collection Till Now (After 40 Days): Has A Chance To Hit The 400 Crore Mark!

Har Har Mahadev Collection Till Now At Box Office (After 11 Days): Turning Out To Be An Average Affair!

Kantara Worldwide Collection Till Now (After 40 Days): Has A Chance To Hit The 400 Crore Mark!

Har Har Mahadev Collection Till Now At Box Office (After 11 Days): Turning Out To Be An Average Affair!

Pathaan Teaser Out Now! Shah Rukh Khan Is Back To Set Big Screens On Fire With His Best Ever Comeback

Chiubaba.com is an entertainment portal that tries to serve you with the best information from the entertainment industry. We cover topics like Bollywood, Hollywood, pro-wrestling, lifestyle and pro-bodybuilding. Also, the box office is one of our strong points. Our focus is to enrich our audience with information that is authentic and entertaining.